Chiron is a personalizable virtual workspace that helps you multitask faster and smarter.

Erin is a small-business owner of a childcare referral service called Spilt Milk Nannies. In addition to managing her business and contacting clients, she is also planning both her wedding and honeymoon. 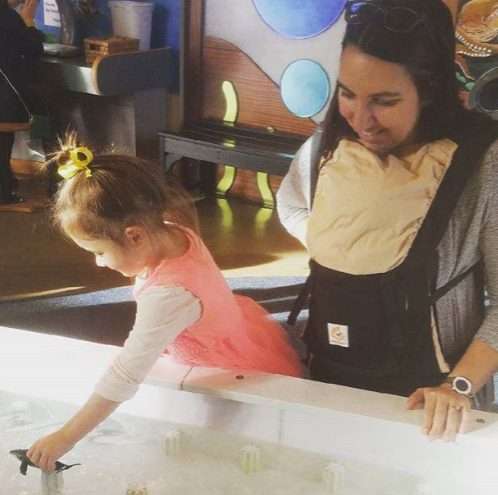 I need to figure out where everyone needs to be at specifically what time, recruiting other nannies, on top of outreach and finding customers.

Due to the nature of her work, she needs to balance many different obligations and responsibilities. Her time is split between nannying, managerial work, and maintaining her website. 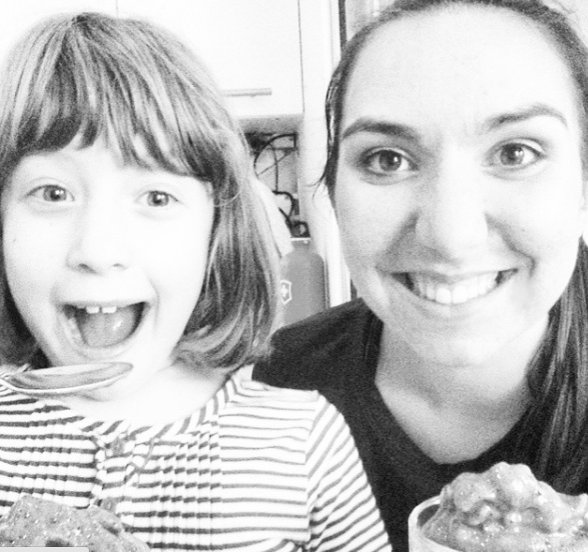 I need to balance my time between nannying, managerial work, maintaining my website, and wedding planning stuff.

Erin has very irregular work patterns. She needs to make house visits throughout the day. Her physical environment and mental context is constantly changing. 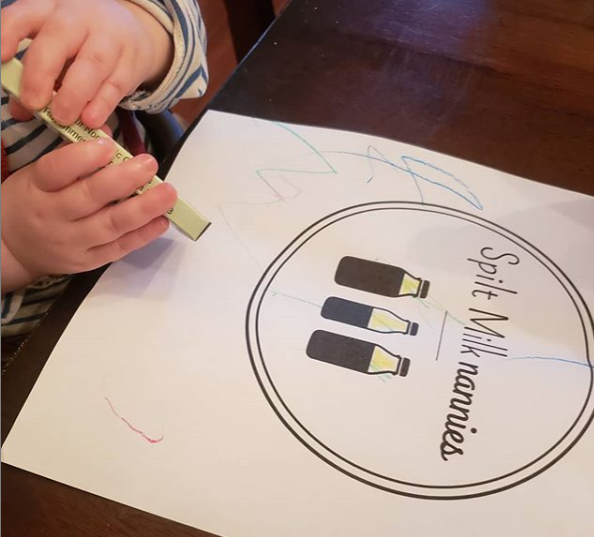 I could be at multiple houses throughout the day. I’m on the move a lot, so I try to work from my laptop whenever I can.

How might we use AI to make multitasking a more productive experience for self-employed workers?

Chiron is an AI assistant that keeps your workspace organized automatically. It only shows the relevant applications, files, and tabs when you need them. So you can focus on completing tasks instead of managing your context.

Everyone uses different techniques to organize their digital workspace. Automatically organize and customize the workspace to what works best for you with Chiron’s activity grouping suggestions.

Mental contexts are hard to track and replicate. With Chiron you can create time-stamped memos, save versions of your workspace, and view last opened applications to keep the context.

It’s easy to be distracted during transitions. Chiron uses activity containers and the timeline to keep activities and versions organized, so you can quickly switch between activities or view previous changes.

We set out to understand the problem workers face with multitasking by consulted 16 participants in total including 4 workplace productivity experts, Ricard Hidalgo, Kate Thompson, Mary Czerwinski, and Shamsi Iqbal. 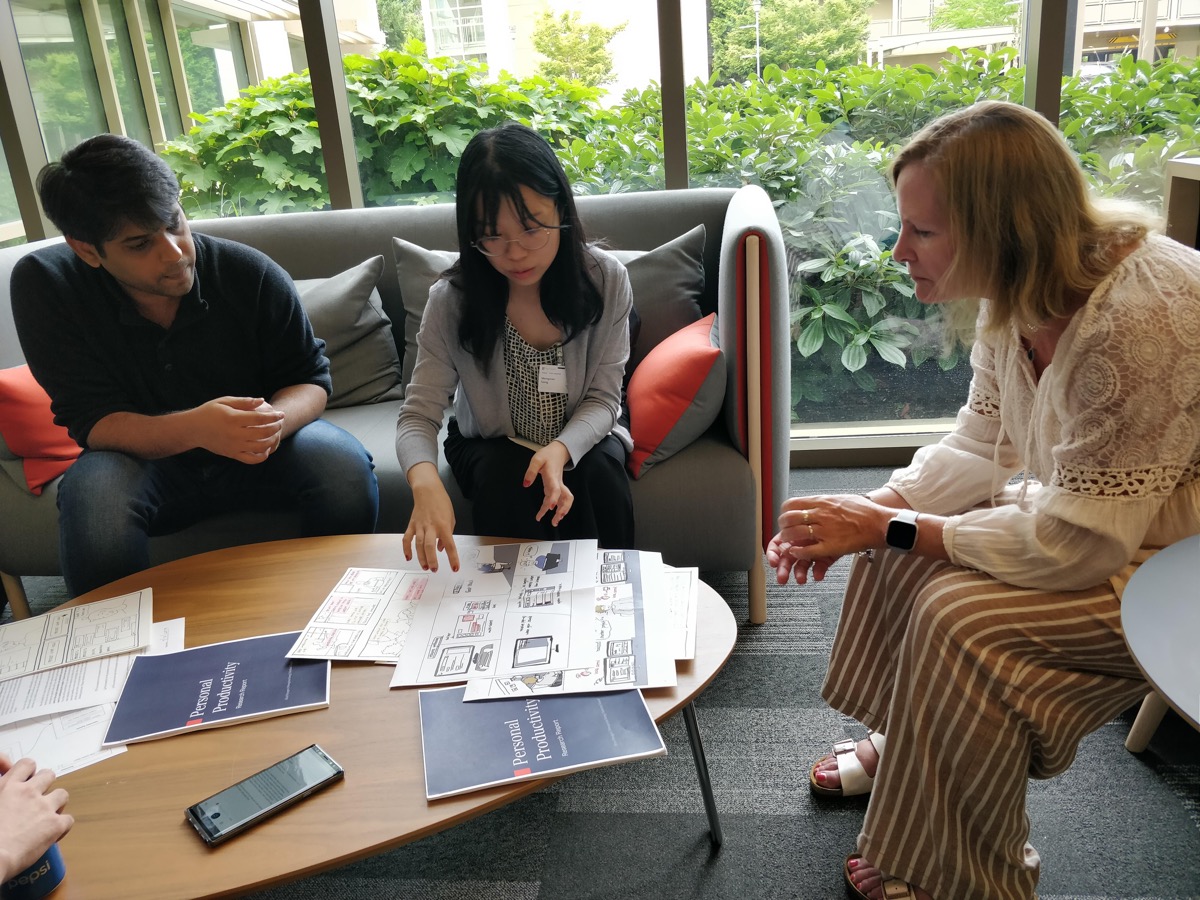 Discussing initial research insights with Mary Czerwinski at the Microsoft campus in Redmond.

The modern workforce is shifting towards more people choosing full time self employment. There will be 42 million self-employed workers in America alone by 2020. Multitasking is an essential part of modern work life, and especially for self-employed individuals. However, multitasking is unavoidable and costly for productivity.

more likely for errors to occur when people multitask.

overall decrease in productivity during multitasking.

At this stage we needed to define both the audience and the context. Because of these challenges and trends, we saw an unique opportunity to create a tool for self-employed information workers who need to multitask and switch between different engagements on a regular basis.

Many people have commitments which require them to always be available, and thus can’t just simply block out all the communications channel. This ties back to the point about multitasking we discussed at the beginning of the presentation.
We also learned that self-employed people like Erin, especially freelancers, have a tendency to multitask and switch context often. They do so because they are on their own most of the time, which requires them to manage multiple different types of work.
We also learned that productivity is very personal, and this is seemingly true for everyone, not just self-employed people. We found this out when we asked people what is a productive day for them, and the answers are all over the places.
Most productivity tools on the market are not tailored for unpredictable work patterns that require frequent context switching. Even fewer try to address the issue of multitasking.

We looked at existing productivity and context management softwares to analysize existing solutions that tries to address this problem. The list includes Microsoft Focus Assist, Cold Turkey, FocusMe, Hocus Focus, Mindful Browsing, OmniFocus, and others. What we learned is that most of these products tries to address productivity and multitasking by blocking out distractions or preventing users from context switching.

One standout was the Virtual Desktop functionality on Windows 10. But what we realized was that Virtual Desktop is not often used by users because it is very time consuming to create and sort applications into the different desktops. We saw an opportunity to introduce AI as a way of automating this process. Specifically Virtual Desktop does context switching very well, but context building is time consuming, and they don't tackle context keeping at all.

At this point we needed to generate ideas that fulfills the following roles — they need to address the problem of multitasking for our target audience of self-employed individuals. The product needs to be distinct from similar competitors. The design needs to be aligned with the use case of our user persona Erin. Based on the competitive analysis, we determined that the product needs to be able to build context quickly, keep the context, and also switch between these user-built contexts.

Automatically build the work environment and allow for customization.

Keep the context to retain the maximum amount of information during detachment.

Speed up the transition and reattachment process to minimize distractions.

Most of the existing tools try to address this at a tactical level, such as Calendar for managing your schedule, and Trello and Asana for tracking and managing tasks. So what we decided was to focus on the strategy level. We want to create a strategic platform for people to apply their personal task management tactics. 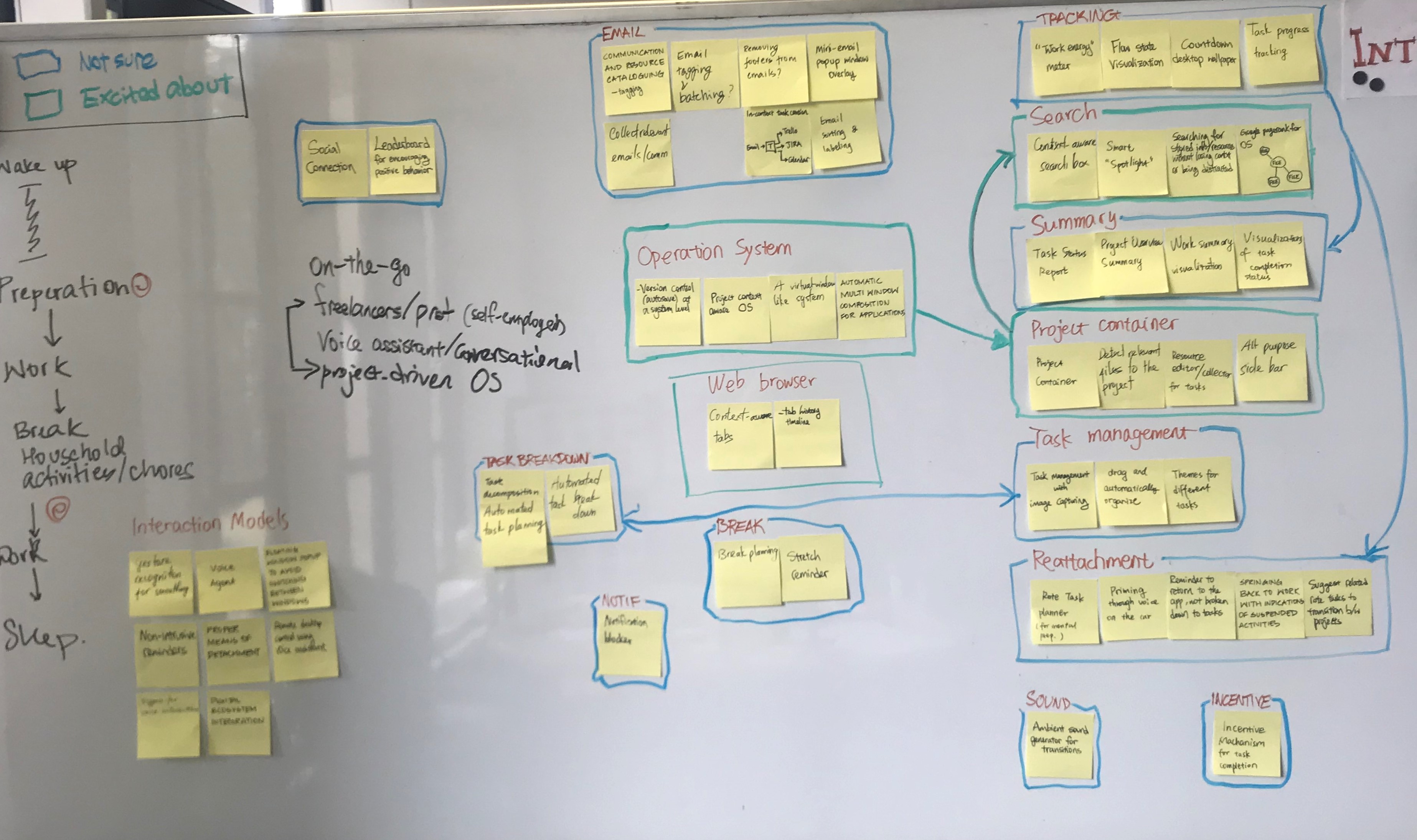 We decided to exclude features focused on tracking due to privacy concerns, and focus on creating a context-management framework at the OS level.

Before we started building out the prototypes we first had to define the hierarchy of the app. 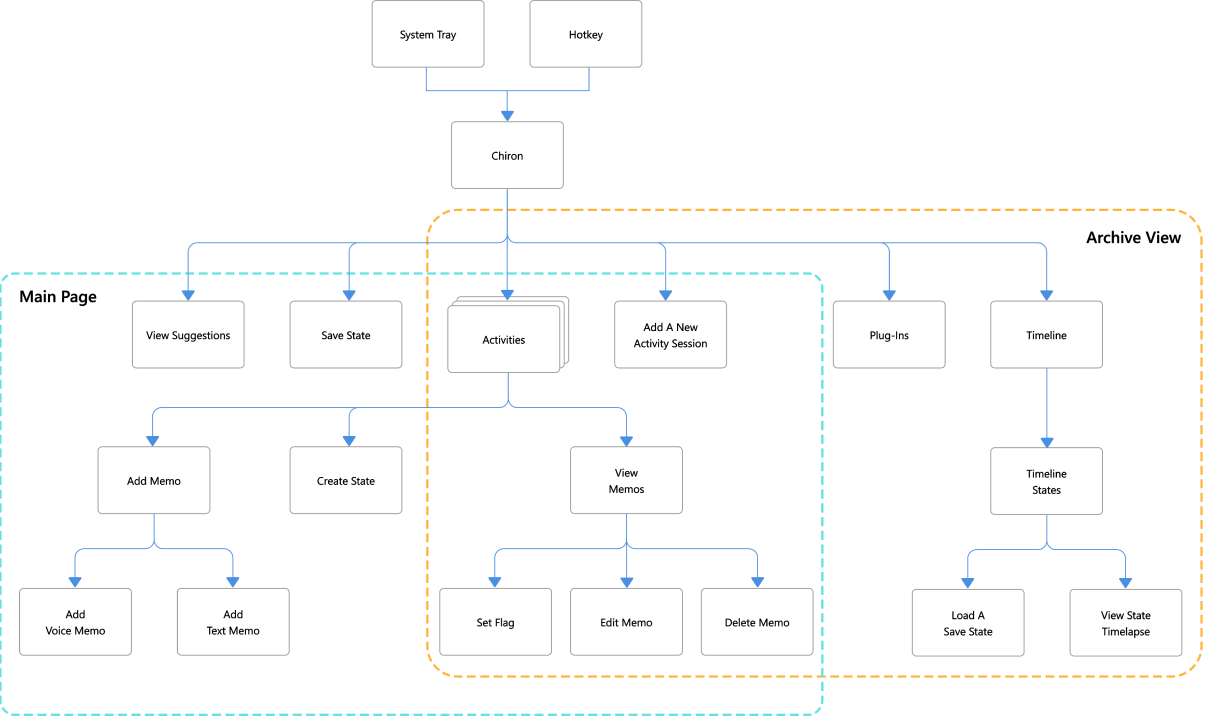 Our objective for this prototype was to validate both the design concept, as well as the core features. So we created a video for participants to validate our design concept. The video follows the day in the life of a typical Chiron user - Ricardo, a freelance architect. I defined the specific story within the prototype, and advocated for the core features. Mengxiao, Sakshat, and I collaborated on the prototype using Figma, and I produced the video using AfterEffects. 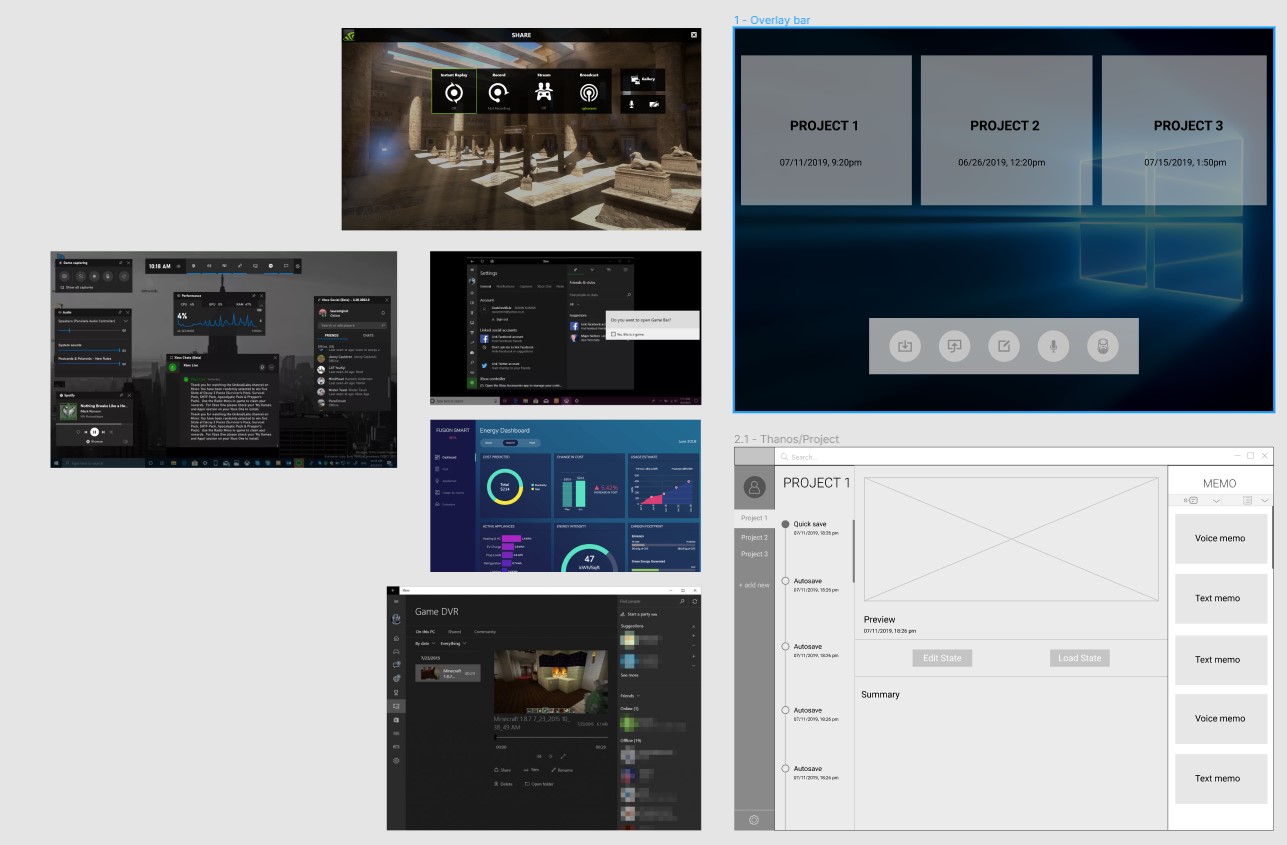 Moodboard and early screens from our Figma file. 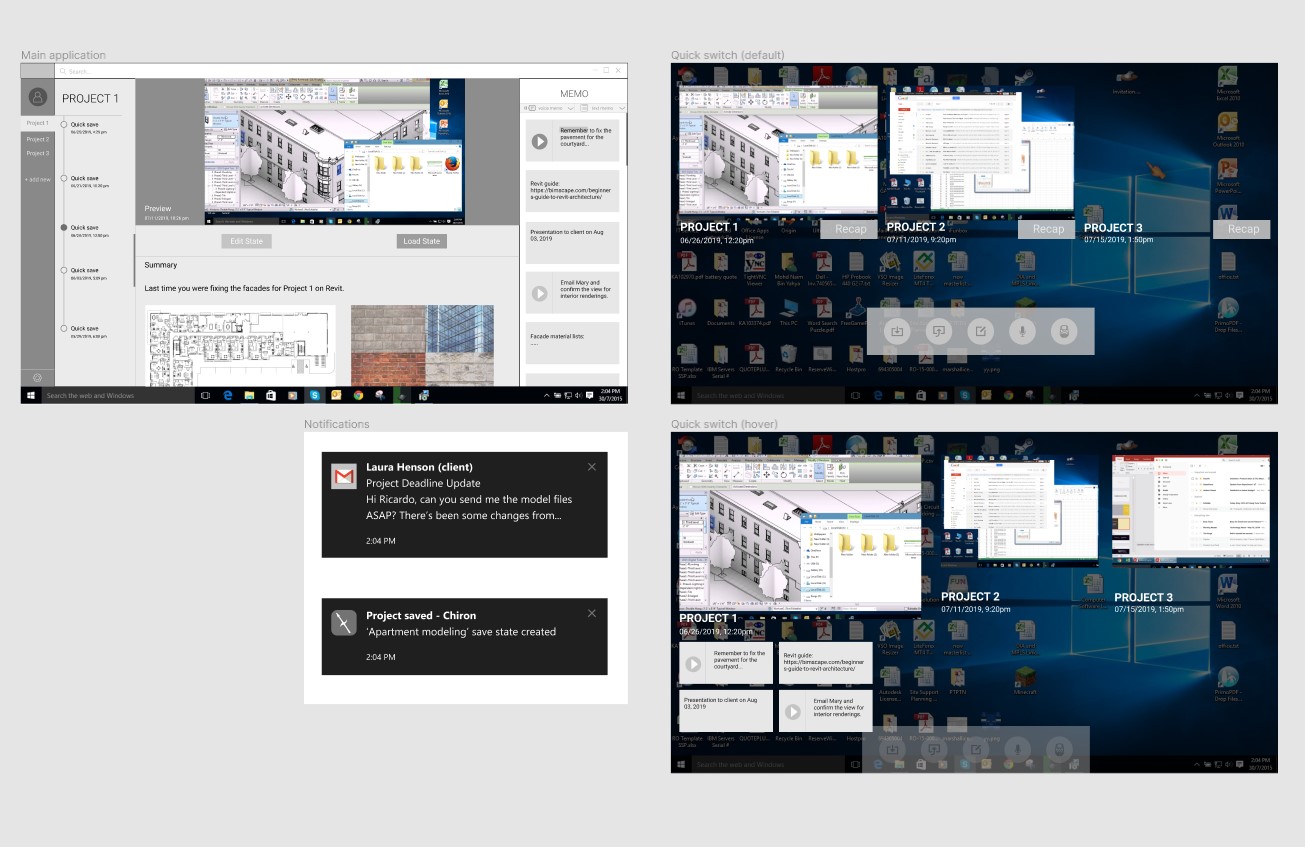 The screens that made it into the video prototype.

The concept validation video that we showed to participants for feedback.

We definitely had some issues with the framing and storytelling in the video. The good news is we did receive validation for the overarching concept. However the value of the core features were brought into question. 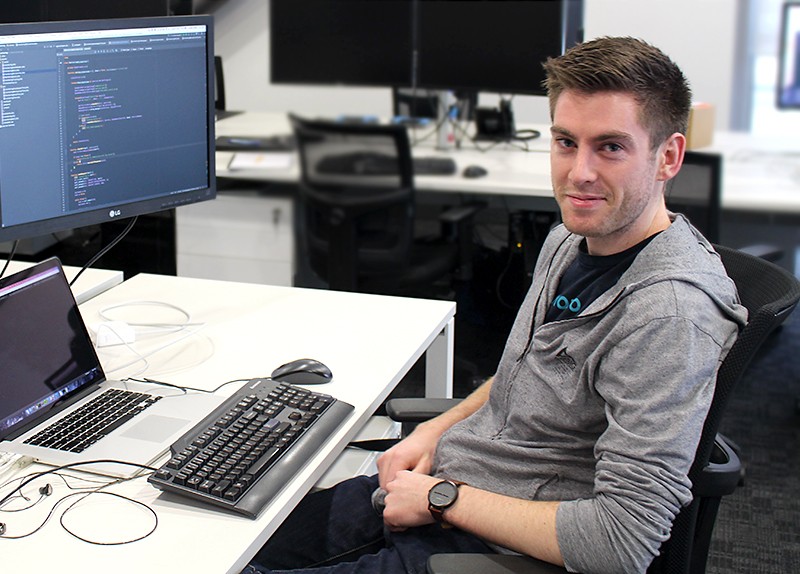 I like how it only opens what you need. Because normally when you switch between [projects] you can’t really close all windows. It feels a bit like decision paralysis.

Our participants universally agreed that they would like to see “summary” but no two people externally or internally could agree on what type of information would be useful to be shown. So we reworked summaries to show the most recently opened applications instead.

There was overwhelming support for the implementation of collaboration functionality. However no two participants could agree on what they deemed as the “core feature” of collaboration.

At the conclusion of the prototyping sessions, we have a running list of 10 smaller feature requests. Participants wanted a way to use their current set of tools within the context of Chiron. So we considered a way to introduce further personalization.

We made a number of changes to the prototype in this iteration. We included a plugin marketplace to provide further personalization to the platform. We reworked the summary page and changed it to "last opened applications". We also updated the visual design using Microsoft's Fluent design system. Since Chiron is being branded as a Windows feature, it made sense for us to leverage the existing design system of Windows.

We interviewed four participants in total to perform four main tasks. The prototype consisted of a "main application" in which you could view the timeline and project archive, and a "quick view" mode where you could create and switch between different activity containers.

We started them off on the overlay screen and asked them to navigate to the timeline and view a different version of their project. Our participant Whitney literally interacted with everything on the page except “Open Chiron”. And she said, 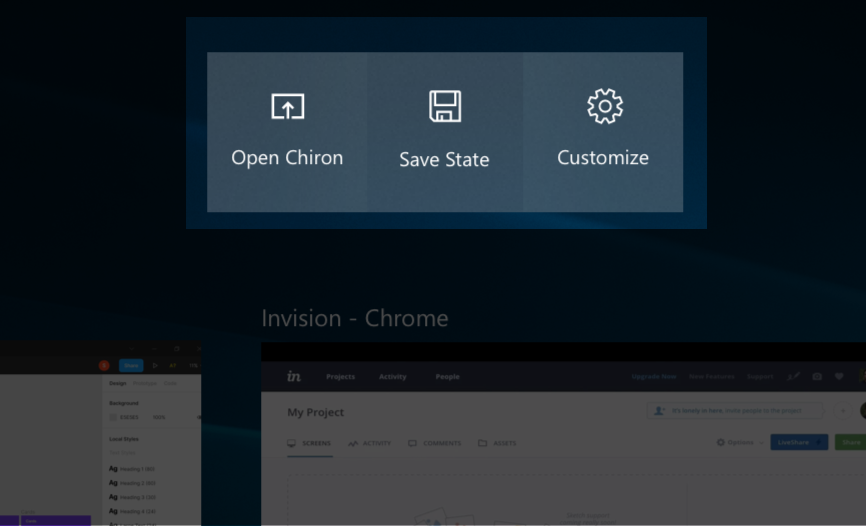 What is ‘Open Chiron’? I thought I’m already in Chiron?

Also, we received feedback that the functionalities of these two parts were overlapped, but the visual inconsistency made them look like a light theme and a dark theme for the same functionalities. Because of this, we merged the overlay and the main application together in our high fidelity prototype, with a shared visual language.

Our participants really couldn’t agree on whether the timeline should go left to right or right to left. So instead we decided to orient the timeline from top to bottom instead, with top being the most recent. 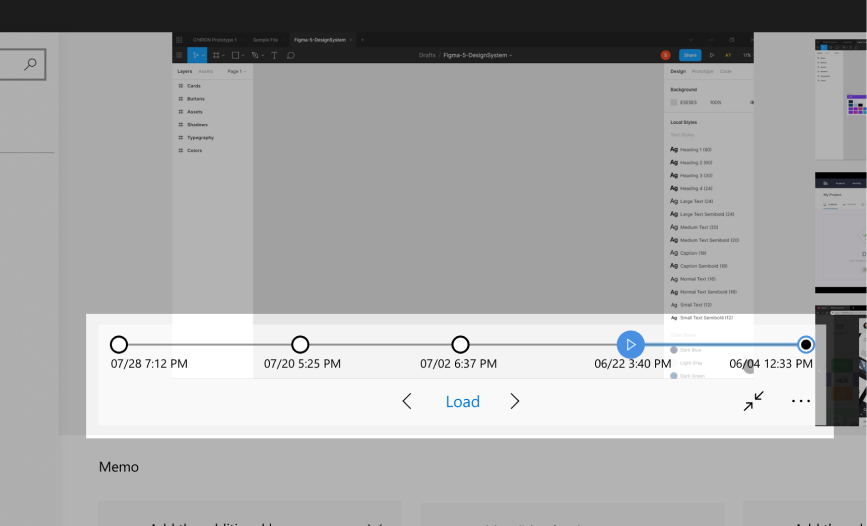 Why is the timeline going from left to right?

Whitney compared Chiron to Virtual Desktop and noticed the similarities. We asked her what she thought about the current project creation flow, and she said, 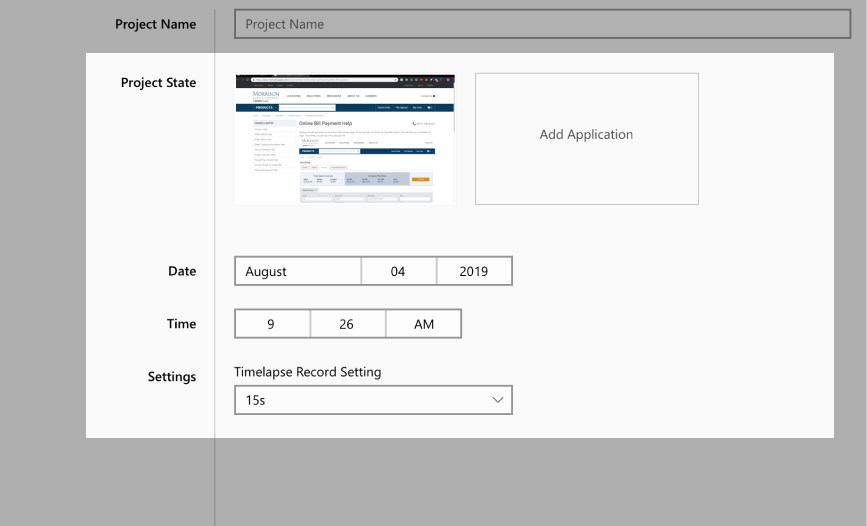 I know what virtual desktop is, but I just don’t use it because it just takes too much time to actually organize the windows.

In the final deliverable, we incorporated the learnings from the two previous rounds of testing, and consolidated the features to address the three design objectives of context building, context keeping, and context switching. Since the terminology is repetitive, we renamed them as "environment building", "context keeping", and "activity switching".

We revisited Erin's story, and the final prototype is done from the point of view of Erin, who needs to balance her managerial work with personal obligations. Erin is planning her wedding and honeymoon, in addition to tracking the status of her employees and clients.

UX Flow - Load a save state

The final deliverables were passed off to Mike Premi from Intel's Artificial Intelligence Innovation Lab for future development. Mary Czerwinsky and Shamsi from Microsoft Research showed interest in the findings we uncovered, and we are in the process of passing off the findings to Microsoft as well.

The following are some highly requested features that we didn't have time to implement into the V1 since they did not directly align with one of our three design pillars of Build, Keep, or Switch.

Voice controlled system was a highly requested feature. We envision users speaking to Chiron as if it was the personal assistant. This way people could spend less time manually entering commands. It would also allow you to task switch while multitasking at your home office or shared workspace.

All of our users wanted a way to share and export the files and contexts created using Chiron, or include a way to collaborate with other teammates, take over a project, or take turns working where one person can see what the other person did with an activity archive and the ability to return to previous versions when necessary.

Our users really liked the memos feature. So much that they want to add more than just text and voice as memos. So we are exploring ways to support adding files, images, videos as memos.

We faced a lot of difficulty communicating the idea succinctly. Using Erin's real life story and experience as a vehicle for explaining the concepts was much more effective.

Our users wanted a lot of different things, we learned to use data gathered from both ethnographic studies, and usability tests to narrow down on which features we should prioritize and which ones we should leave behind.